Dead Voters Society—How US Elections Have Been Rigged

Dead Voters Society—How US Elections Have Been Rigged

Dead voters have decided more Chicago political elections than there are confessional booths for dirty politicians to spill their guts in.

Telling by the city’s long dirty political history, the more soiled and filthy the election process, the better it likes it.

“Vote early and often” and “The election’s not over until the dead have voted” are timeworn Chicago liberal mantras. 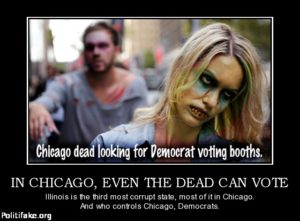 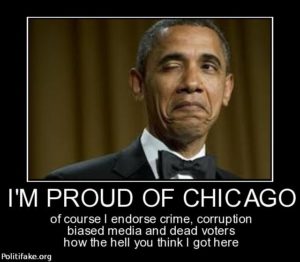 Chicago is a political cesspool.  The city has a long history of voter fraud and criminal political strategies.  Most of the balloting cheat and criminal voter rip-off oozing out of its disgraceful political sewer pit has had a regular perpetrator—the leftist.

To add injury to insult, through the use of one major tool developed in the past two decades, Chicago has led the way in amputating our national security measures.  As a result, in the past thirty years illegal aliens have swelled exponentially in Chicago, making Illinois “the most pro-illegal alien state” in the country. 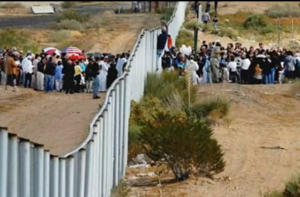 Like a virus polluting a healthy body, this perniciousness has spread across the whole of our country and come to a head at our southern borders.

Although the concept of using illegals to reshape the US voting map began before the president shyster arrived in Chicago, his diabolical committee organizing efforts mushroomed the unconstitutional action to gargantuan levels.

It is no accident that this illegitimate Chicago president choose his home state in politics to be Illinois.

If his committee organizing efforts are examined, it becomes unmistakably apparent that he expanded the leftists’ voting bloc, illegally.

In all of his labors in Chicago, one singular motive is witnessed.

“Voter participation” is what he calls it.

Voter participation is cryptic.  Its meaning understood only by deeper study into the Chicago president shyster’s vile intent, and unconstitutional, illegal political efforts.  Upon closer inspection of his activities in Chicago, the sinsiter motives behind his illegal actions come into full focus.

His actions are repulsive.

By using the disgusting agency Association of Community Organizations for Reform Now (ACORN), and through various other loathsome groups, the president shyster malformed the revolting custom of illegal voting into an organized, finely tuned machine.

Using cloaked concepts, such as “making the voting process easier”, the president shyster has made use of one of the most repulsive instruments ever created to support the ominous practice of illegal immigration.

The “matricula consular” is an official ID issued by the Mexican Government for its citizens living in the USA to provide documentation. 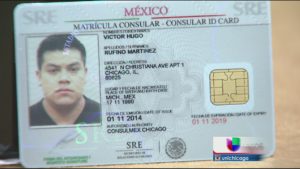 The problem with the matricula consular is that it’s a sham, to say the least.  It has no credibility, and is promoted by the Mexican Government to circumvent US Immigration laws and allow Mexican illegals to attain quasi-legal status without having to wait for action from Washington.

According to the Center for Immigration Studies, so despicable and low security is the matricula consular that not a single major bank in Mexico accepts the card as a form of ID if one desires to open a simple bank account, and two-thirds of the states of Mexico will not recognize it as lawful.

Yet, it’s welcome in the USA.

Furthermore, suitable precautions are not in place to prevent multiple issuance of matriculas to the same individual; in fact, the INS has already found several cards in different names issued to the same person.

The matricula consular a shelter that hides criminal activity for two reasons: first, the holder’s identity isn’t substantiated when the card is issued, and second, police in jurisdictions that accept the matricula are less likely to run background checks on card holders picked up for minor transgressions.

Not only does the matricula undermine U.S. immigration law, it’s not even a secure identity document. Mexico is not authenticating the documents used to obtain the matricula against computerized data files in Mexico.

The Chicago president shyster’s objectives are easy to see.

By championing the illegal aliens’ course to citizenship, he has harvested the illegals illegitimate vote in return for his willful participation in their impropriety.

It cannot be known when the light bulb flashed in the president shyster’s head about the incredible fraud that he could perpetuate by using the illegals and their phony votes.  One thing is certain: it had to be about the time when he saw the potential of riding voter fraud, polling illegality, and the dead voter to the White House.

Of a certainty, the methods the leftists used to get the president shyster (re)elected in 2008 and 2012 were far-reaching and all-encompassing.

Of an equal certainty, in large numbers many of the dead cast their votes to put him in the White House.

The whole history of the president shyster is enough to cause the Legal US Citizens to puke their guts out in disgust.

While his degenerate political scheming has continued in the White House, he’s been much bolder, using the trappings of the presidency to bludgeon the US voting system at the national level.

We see his malicious lack of governmental decision making concerning the illegals, his judicial contentions against the state of Arizona involving SB 1070, and his constant vocal attacks against those who seek stronger immigration policies, and strict enforcement of illegal immigration laws.

It’s obvious to anyone who’ll approach the situation rationally that it’s a carefully orchestrated event no longer endorsed just by the Mexican Government.

Some reports claim that there are upwards of 1.8 million dead people registered to vote.

As for the illegals flooding across our borders, only the compliant and the blissfully ignorant can view the huge numbers of illegals breaking our immigration laws—with the assistance of many state and federal authorities—without dread for the future of our country. 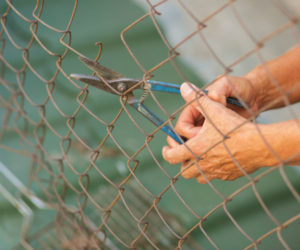 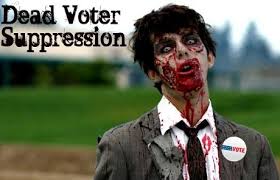 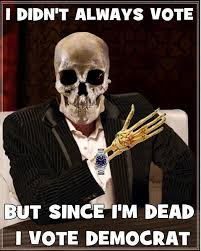 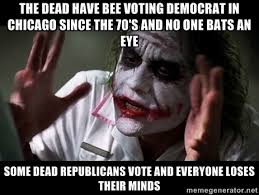