The premises of two novels that I’ve written have become reality within a short time after their release.

In Publius: Libertas Aut Mors, a main premise of the book centered on an oppressive US Government conducting assassination operations against US Citizens on US soil.

March of 2013, straight out of the pages of my novel, the US Government declared that it had lawful authority to assassinate US Citizens on US soil.

On Monday, 9/26/16, NASA made announcement, confirming a big part of the supposition of my novel: The Ululant Ache. 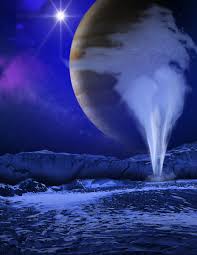 In the book, a life-finding mission confirms not only the habitability of the Jovian moon, it confirms the existence of life within its planetary ocean depths.

NASA’s announcement contributed evidence that activity may be present which could prove the existence of plumes on Europa’s surface.

Such observations were made in 2014, only a year after Nasa researchers saw what they believed to be evidence of water vapor plumes shooting 120 miles into space from Europa’s south pole.

The significance of water suspension spirals on Europe is everything.  Life as we know requires the existence of water on a planet surface.  If there are observable plumes on Europe then not only does it prove that water does, in fact, exist on Europa—it exists in huge quantity.

With this fact alone—when fully proven—leaves a high probability that life occurs on Europa.

Delving into the conclusory determination of my novel—if life occurs on Europa, then so does death. 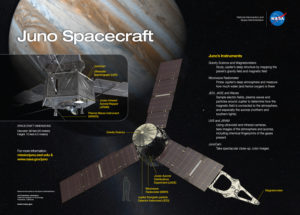 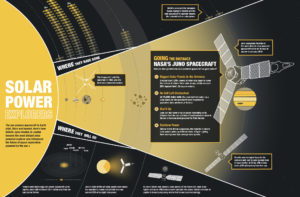 The leap from conclusory to conclusion is not far when facts are discovered.

The inviolable message of The Ululant Ache is the existence of a universal “life force” that pervades the universe and, when conditions are aligned properly, is the originator and author of the “spark of life” from which all life germinates from.

It is this conclusion that drives all other revelations.

It is this conclusion that ultimately drives us all.

While NASA’s Juno spacecraft mission isn’t a “life finding” mission, it is possible that, by finding water on Europa, NASA may be getting closer to the ultimate conclusion. 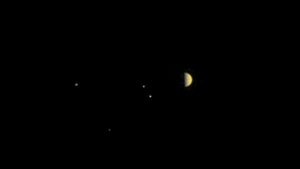 Author of Publius: Libertas Aut Mors & Sword and the Pythia